The dawr (Arabic: دور or الدور; plural:  adwar , أدوار)—developed in 19th  century Egypt—is a music genre sung in colloquial or regional Arabic whose most distinguishing feature is the exchange of vocalizations between the soloist and the chorus midway through the performance. For example, the  dawr  includes 2 sections,  madh'hab  (chorus, or refrain) and  ghusn  (branch, or verse), the latter being characterized by choral responses to the soloist's ornamented improvisation on the syllable "ah". Following the melismatic vocal form—singing a single syllable of text while moving between several different notes in succession—the dawr differs from the syllabic vocal form we, as Westerners, have become accustomed to—where each syllable of text is matched to a single note. Ancient cultures used melismatic techniques to induce a hypnotic trance in the listener, useful for early mystical initiation rites and religious worship. Steeped within this rich history the dawr can trace its roots to varied liturgical traditions still in practice. Waning in popularity after the Great Depression—this compilation of modern performances is presented with the intent to revive and arouse a neglected art form rooted in millennia of near-Eastern heritage. ﻿ 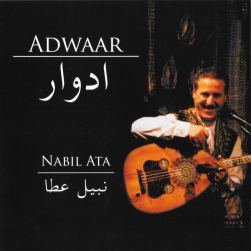